Wow! July was an amazing reading month for me. I read a grand total of seven books. I managed to have such an epic reading month by making one small change in my evening routine. We’ve been turning the television off at least one episode earlier than we normally do and using that time to either get ready for the next day or read. As you can see, it really has made a huge a difference in how quickly I can get through my never ending TBR pile! I still have days where I will read non-stop like I always have, but having that regular reading time set aside has really ramped up my book turnaround.

My competition asking for your favorite reading indulgence for the chance to win a copy of When Life Gives you Lululemonswas the highlight of July for me. I loved connecting with so many new and old readers and hearing all the ways you like to indulge while reading.

Books I Read in July

Three books were written by new and new to me amazing Australian female writers: A Place to Remember, Those Other Women, and The Lost Flowers of Alice Hart. UK2 is written by one of my favorite self-published authors in the world, Terry Tyler. The Colour of Bee Larkham’s Murder is a thriller with a very interesting premise, When Life Gives you Lululemons is a humorous best-seller, and On the Road is an old favourite and also part of the David Bowie Reading Challenge #DBowieBooks.

A PLACE TO REMEMBER by Jenn J. Mcleod

WHEN LIFE GIVES YOU LULULEMONS by Lauren Weisberger

THOSE OTHER WOMEN by Nicola Moriarty

THE LOST FLOWERS OF ALICE HART by Holly Ringland

THE COLOUR OF BEE LARKHAM’S MURDER by Sarah J. Harris

ON THE ROAD by Jack Kerouac

The most enchanting debut novel of 2018, this is an irresistible, deeply moving and romantic story of a young girl, daughter of an abusive father, who has to learn the hard way that she can break the patterns of the past, live on her own terms and find her own strength.

After her family suffers a tragedy when she is nine years old, Alice Hart is forced to leave her idyllic seaside home. She is taken in by her estranged grandmother, June, a flower farmer who raises Alice on the language of Australian native flowers, a way to say the things that are too hard to speak. But Alice also learns that there are secrets within secrets about her past. Under the watchful eye of June and The Flowers, women who run the farm, Alice grows up. But an unexpected betrayal sends her reeling, and she flees to the dramatically beautiful central Australian desert. Alice thinks she has found solace, until she falls in love with Dylan, a charismatic and ultimately dangerous man.

The Lost Flowers of Alice Hart is a story about stories: those we inherit, those we select to define us, and those we decide to hide. It is a novel about the secrets we keep and how they haunt us, and the stories we tell ourselves in order to survive. Spanning twenty years, set between the lush sugar cane fields by the sea, a native Australian flower farm, and a celestial crater in the central desert, Alice must go on a journey to discover that the most powerful story she will ever possess is her own.

THE LOST FLOWERS OF ALICE HART is a haunting tale of family secrets, betrayal, and how the stories of the past impact the future.

Alice Hart grows up with an abusive father and downtrodden mother who still does her best to protect her daughter and teach her the language of native Australian flowers that she had learned from her mother in law. When tragedy strikes Alice is taken in by her grandmother, June. June is a flower farmer who takes in women doing it tough and caretaker of the language of flowers created by her ancestors and their family history. When Alice takes of to the Australian desert where she discovers that she is doomed to repeat the tragic history of her past unless she is able to come to terms with her own story.

I loved the language of Australian native flowers that Ringland created to tell this story. Each chapter begins with a description of a different native flower and what it means in the language created by Alice’s family. THE LOST FLOWERS OF ALICE HART is a brilliantly crafted debut novel that will definitely appeal to a wide audience.

*Thank you HarperCollins Publishers for sending me a copy to review.

HOLLY RINGLAND grew up barefoot and wild in her mother’s tropical garden on the east coast of Australia. Her interest in cultures and stories was sparked by a two-year journey her family took in North America when she was nine years old, living in a camper van and travelling from one national park to another. In her twenties, Holly worked for four years in a remote Indigenous community in the central Australian desert. Moving to England in 2009, Holly obtained her MA in Creative Writing from the University of Manchester. Her essays and short fiction have been published in various anthologies and literary journals. She now lives between the UK and Australia. To any question ever asked of Holly about growing up, writing has always been the answer.

Here is my 1st extra small crochet pouch outer for an extra smol baby like a sugar glider. I'm working on a large one now and I am very certain that crocheting/knitting etc. is the main reason our Gran's were so calm and patient #AustraliaFires #AustralianBushfireDisaster #Australianwildlife 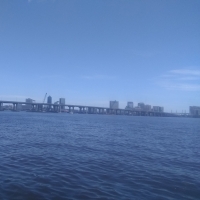 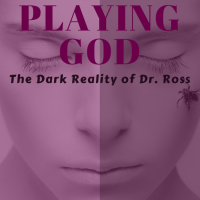